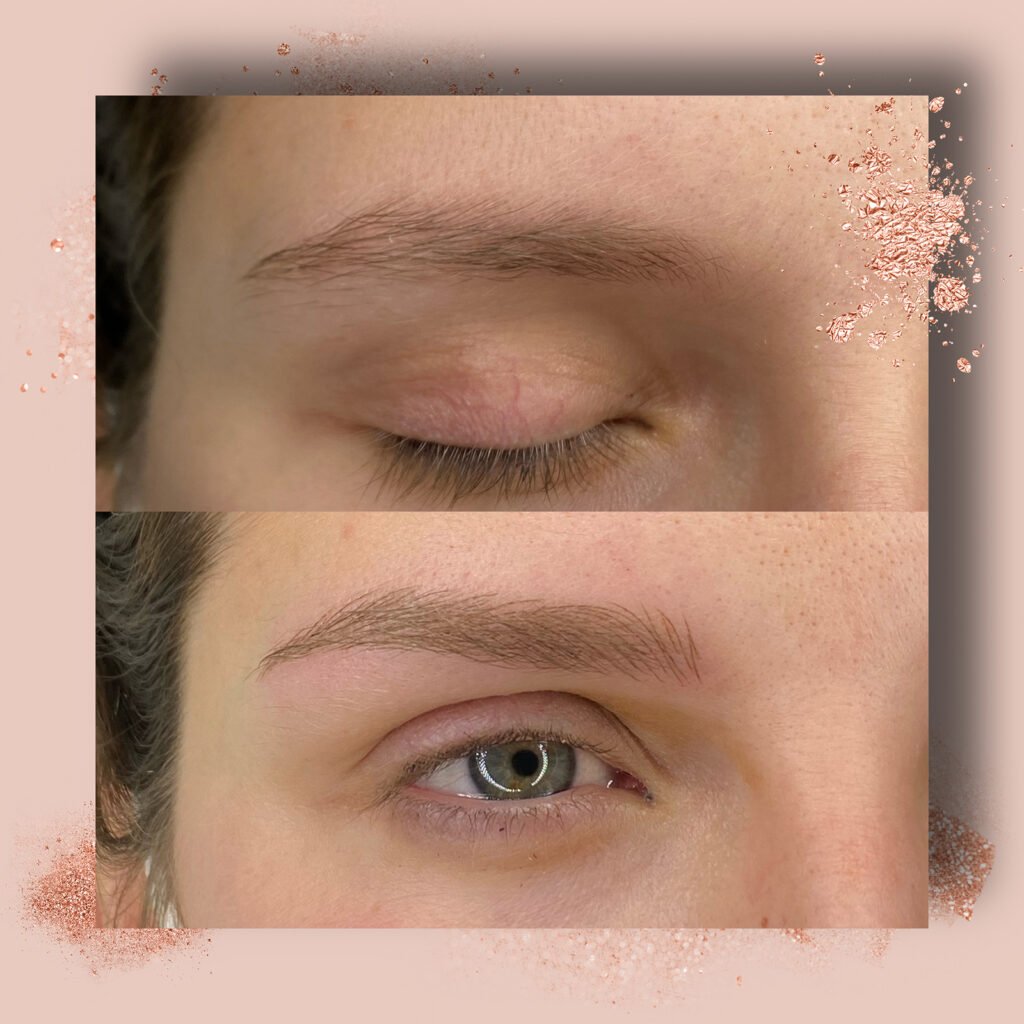 Microblading is a manual, semi-permanent technique of hyper-realistic eyebrow drawing in which the shape of eyebrows is calculated according to facial morphology and symmetrical proportion. Using sterile tools pigment is inserted in first layer (epidermis) of the skin. With specially designed micro blade- micro lines are drawn on the skin simulating natural hair shape, direction and thickness. Pigment is determined according to the natural color of the eyebrows and hair. After healing, pigment can become several nuances brighter compared to natural hair color.

Treatment is done by using sterile and disposable tools, while pigments are of the highest standard, that will not turn to diffrent red, blue or violet shades after certain. Correction is done a month after the treatment as 10-15% of strokes are lost after the first treatment. Inserted pigment is little bit intensive during the first 3 to 4 days. 7 days later, it loses up to 40% of its intensity. If you think that pigment is too dark, do not try to fade it by yourself. Be patient, first wait for 7 days until it fades away naturally. For how long the pigment will be retained mostly depends on the skin oiliness. The oilier the skin is the shorter pigment retention is. Sweating and sun exposure also affect pigment retention. On average, expected time until new refreshment of pigment is 10 to 12 months. If the skin is oily, it takes up to 6 months. Healing is completely done 28 days later and then it is necessary to add the pigment that was lost in the meanwhile. If the skin is problematic and oily, several such corrections can be made.

Post-treatment care makes 70% of total treatment success. Conscientiously stick and adhere to the given advice, because if you don’t do that, you can lose up to 80% of drawn strokes. Rinsing and applying the cream is of great significance.

How Successful The Treatment Will Be Depends On:​

None of these factors are under the Artist’s control, thus providing any guarantee for the treatment is not possible.

Before the treatment always consult with your artist if you:

Before the treatment, get familiar with the post-treatment care procedure.

Not recommended 30 days before the treatment:

The following treatments are not recommended 30 days before the treatment.

Before each treatment, the skin should not be burnt, nor in recovery or regeneration process.